Explore the background to my work and my life 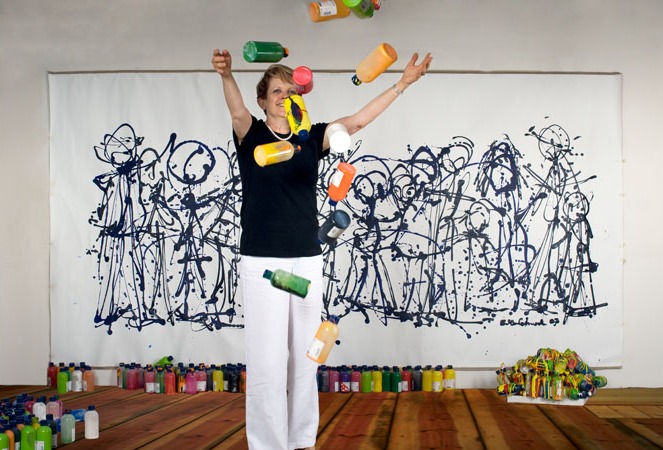 Artists respond to the world around them. But they also shape it – by translating their impressions and thoughts using paper, canvas or objects, these items are filled with a new power which the viewer can see and feel. They simultaneously become excerpt and summary, impression and expression, message and commentary of the world surrounding us.

Hence, it is unnecessary to focus on questioning their purpose – critique of the world or aesthetic decoration – or on any stylistic classification such as “abstract expressionism”, “action painting,” “pop art,” or “op art”. What matters is the effect of the artwork and what it triggers within those who observe it. Its meaning lies in awakening feelings, exposing emotions, and touching and releasing impulses.

This is what I aim to achieve with my art. I do not seek obvious, obtrusive symbolism or simple effect, but depth and radiance. My paintings do not judge, but draw attention and subtly invite you to look closely and wonder. They aim to touch your heart as well as your mind.

Fundamentally they are optimistic and joyful. They convey a positive mood, youthful enthusiasm and, above all, an immediate energy that is transmitted to those who engage with them. Above all, they unleash a spacious vitality that spreads around them and establish an inspiring, dynamic and at the same time relaxing atmosphere.

I live and work in Baden, Switzerland. Since childhood, I have had the urge to internalize the world around me and recreate it as drawings, paintings, and objects. 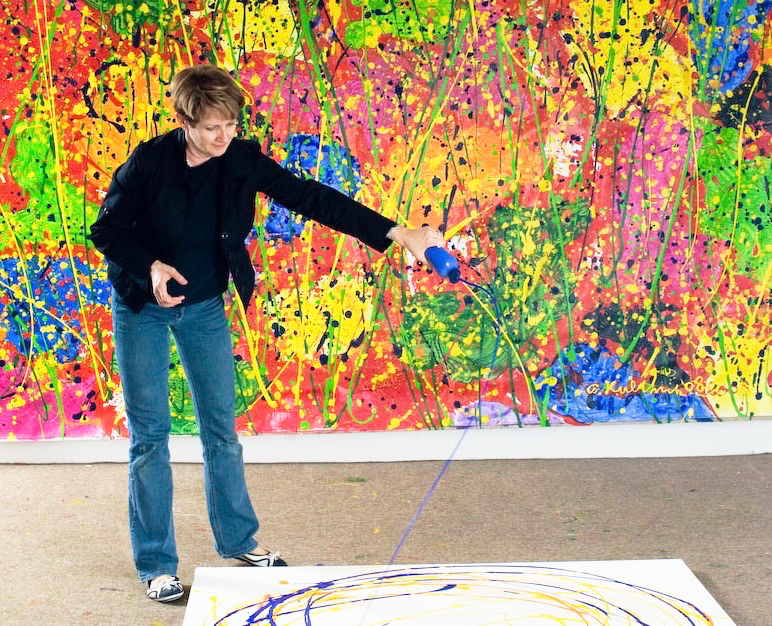 After training as a teacher in  Aarau from 1970 -1974, I attended lectures in philosophy, art history, education and psychology at the University of Zurich. I worked as a teacher for six years before finally devoting myself full-time to artistic creation. I am married to a doctor and have three sons.

Nature, philosophy, current events, people, society and social issues are  major themes in my work. Using different working techniques and materials I create drawings, watercolors, acrylic paintings and objects. Over many years as an autodidact, I developed my own unique signature style.

In addition to painting, I also created art objects out of everyday materials I collect. At first glance they often appear unusual or funny and yet these assemblages should also be thought-provoking and intriguing. For example, syringe needles and envelopes from my husband's practice are transformed into colorful, ornamental and often opulent works, in which the material itself only becomes apparent at second glance.

The pencil drawings I made as a young teacher were very precise and orderly, but at that time already attracted attention. My watercolors have evolved over the years into spontaneous, imaginative, and pleasing compositions and have received recognition at exhibitions in Switzerland, the US, and Japan. The positive response to these works gave me the courage to take further steps. With acrylic colors my language has gained stronger expressiveness and my signature style makes them recognizable everywhere. 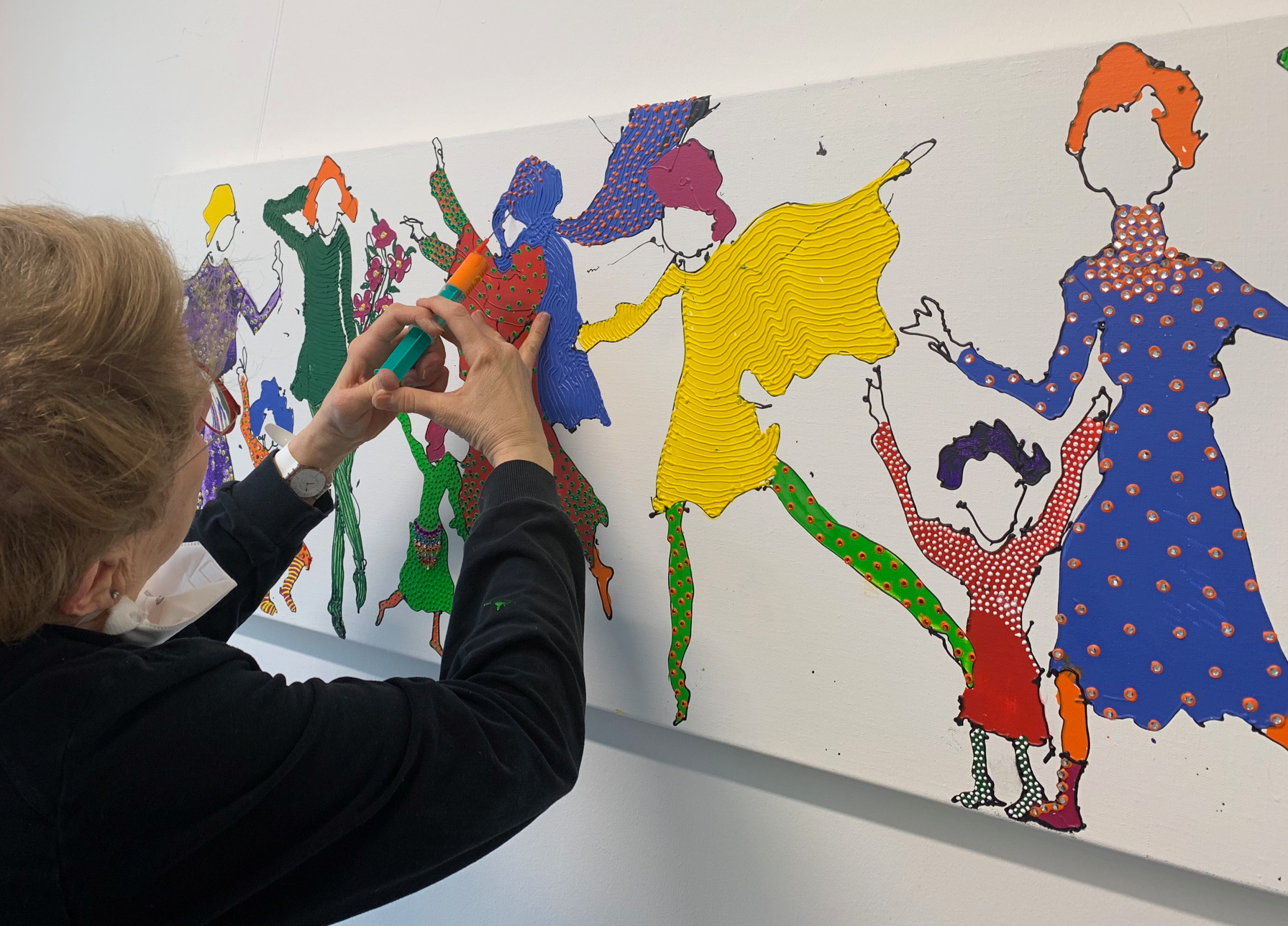 My work has been exhibited in many renowned galleries and museums around the world. 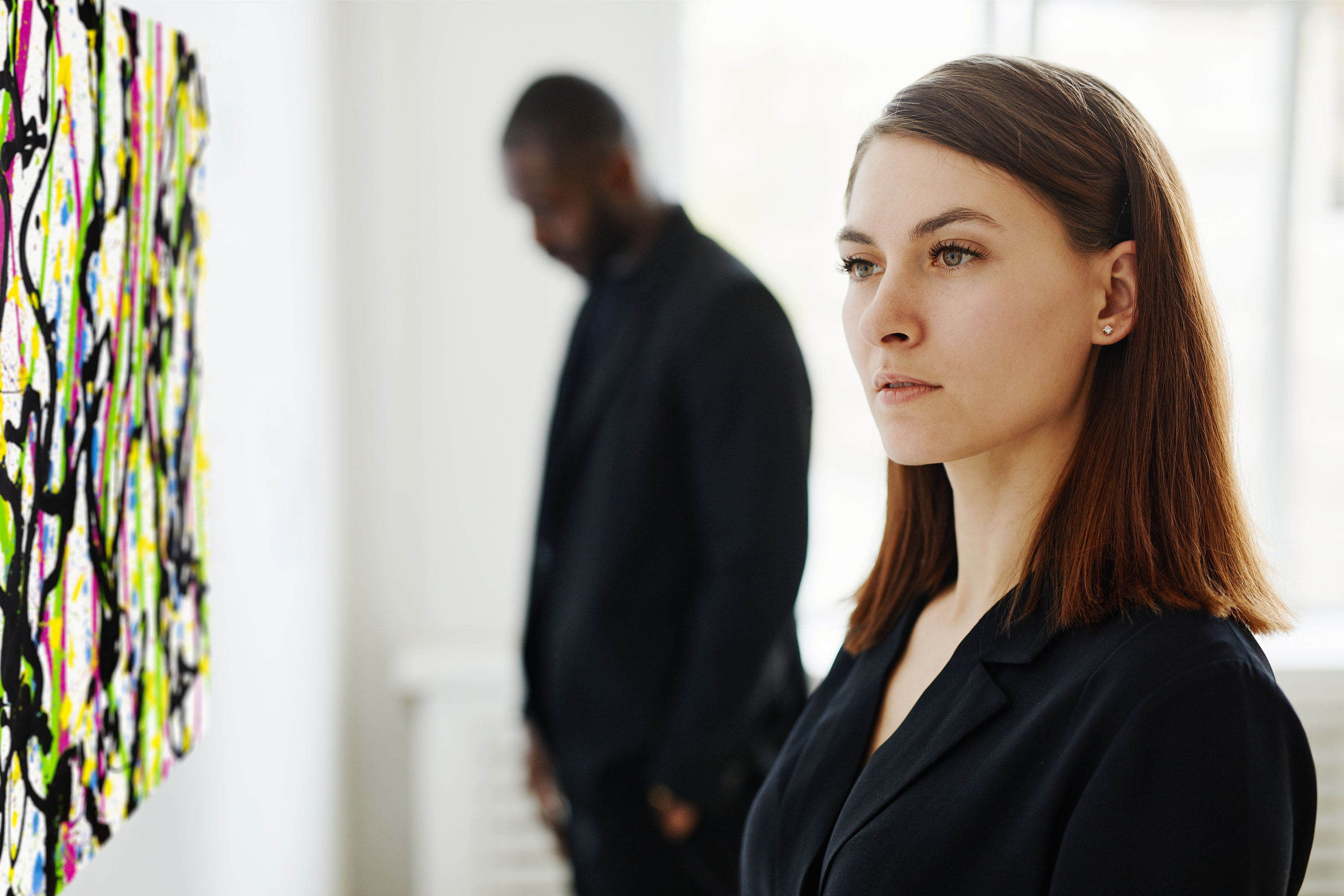 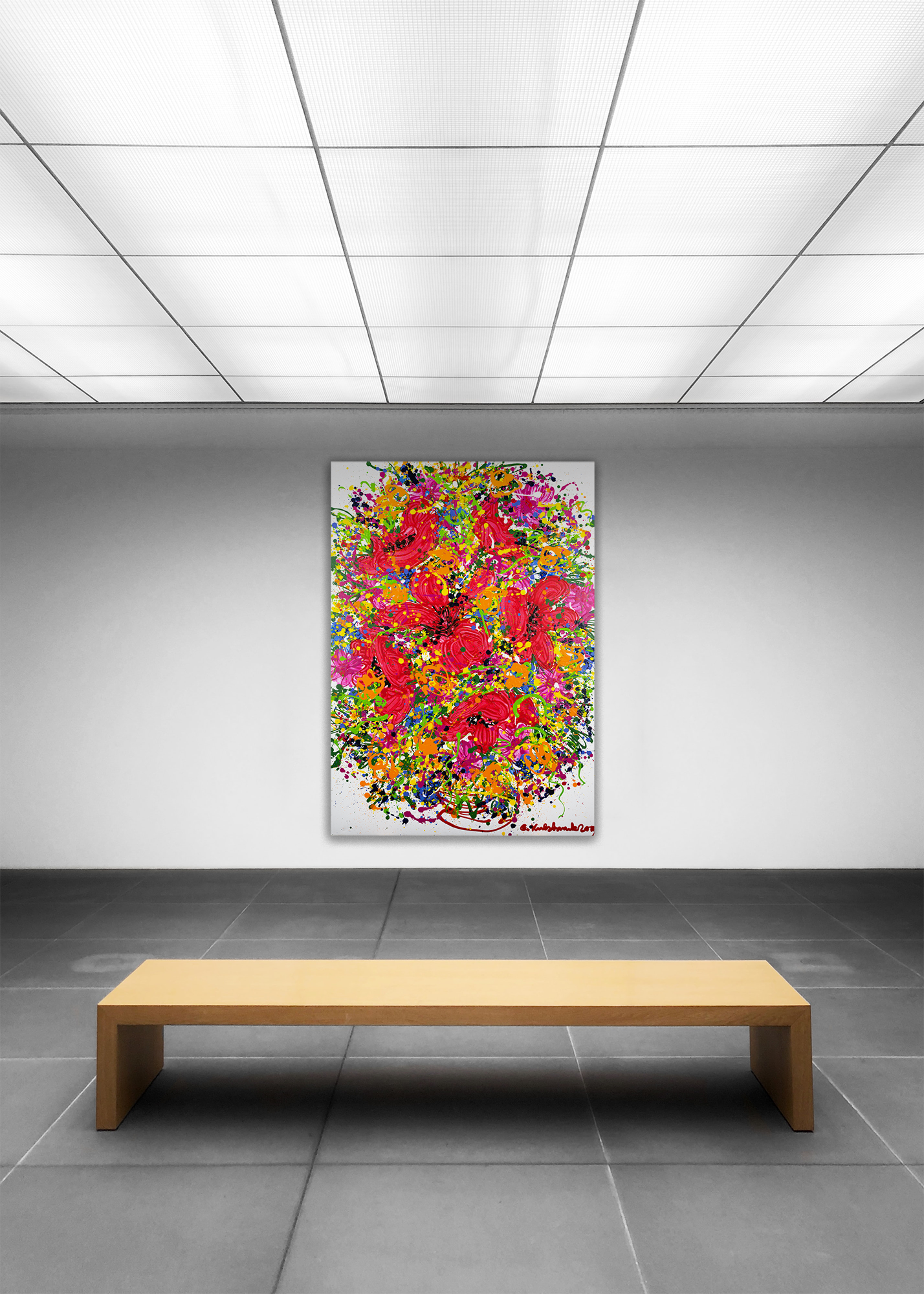 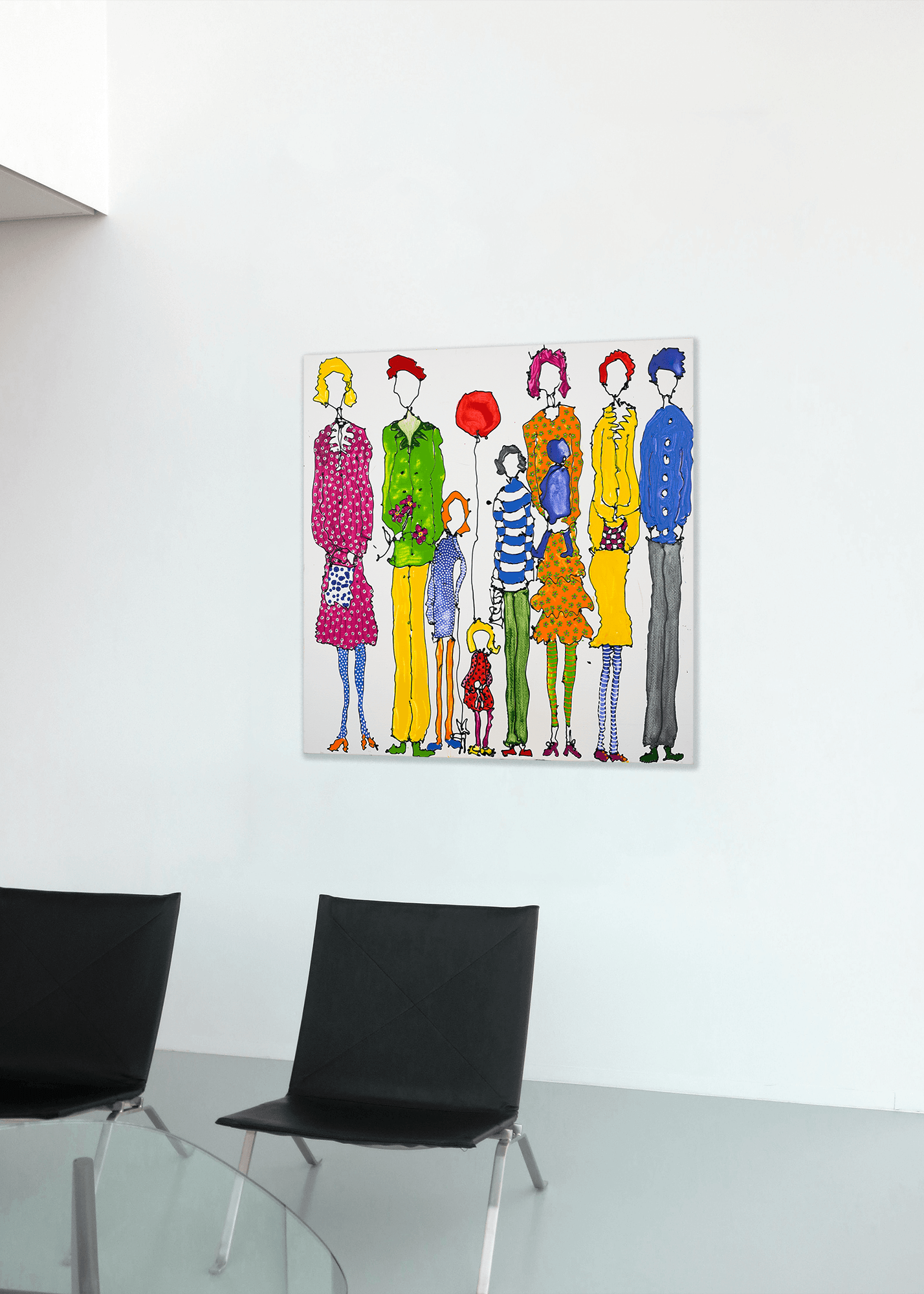 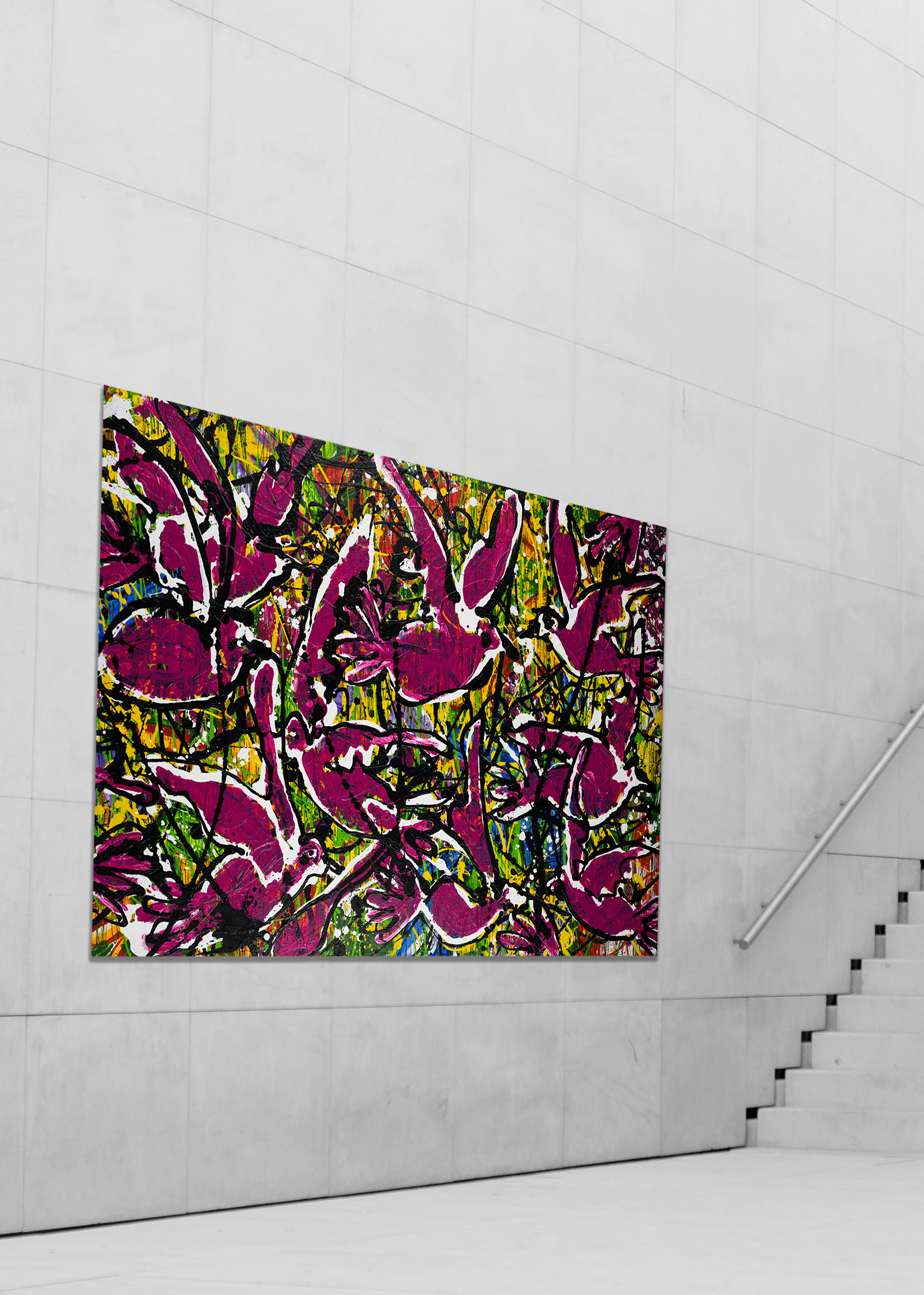 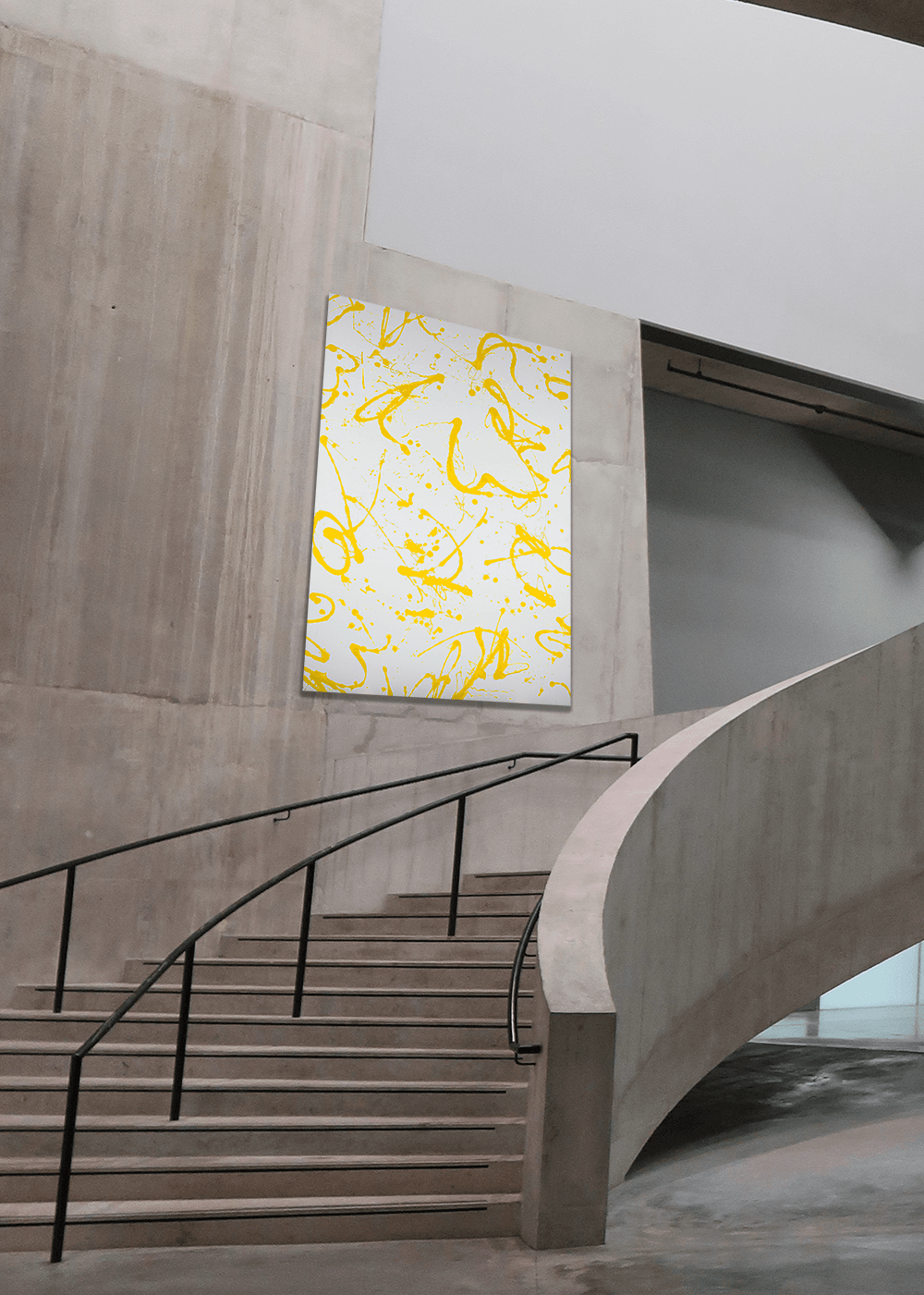 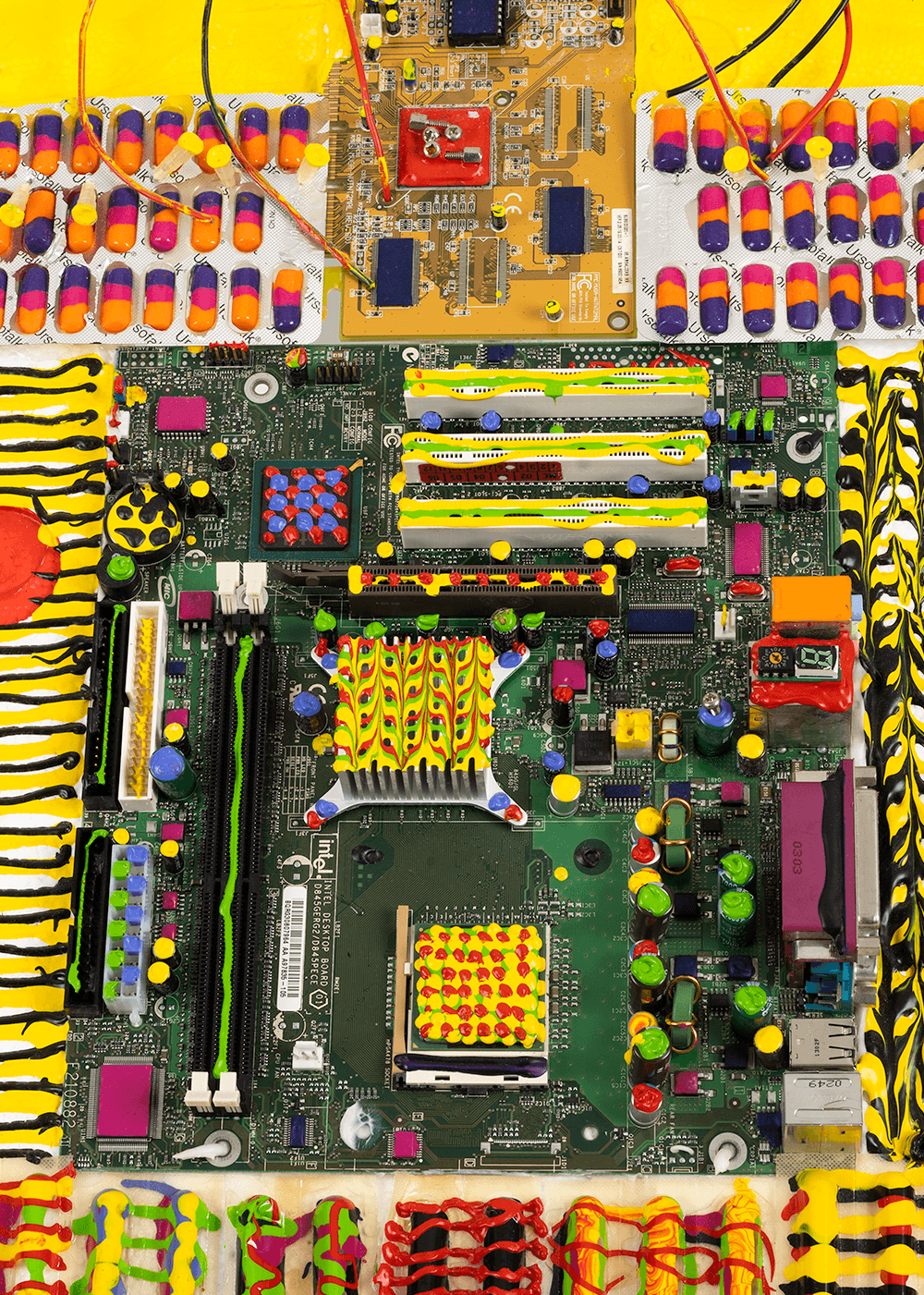